➖ In 2005, Sardor Kariev started his professional career as a Director General at JURABEK LABORATORIES LLC JV and worked there until 2019.

➖ Since 21 February 2019, Sardor Kariev is a Director of the Pharmaceutical Industry Development Agency at the Ministry of Health of the Republic of Uzbekistan. 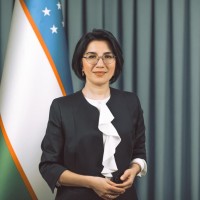 ➖ From 2015-to 2016, she was the editor-in-chief of the educational and entertainment program "Tashkent" of Uzbekistan's National Television and Radio Company.

➖ From 2016-to 2019, she was the head of the "Enlightenment and Entertainment" department of the TV and radio channel "Tashkent." From 2017-to 2019, she also served as Editor-in-Chief of the Voice of Youth Radio.

➖ Since March 2019, she has been working as the Head of the Press Service of the Pharmaceutical Industry Development Agency. Advisor on improving the effectiveness of spiritual education, ensuring compliance with the legislation on the state language

Ibragimova Muhabbat Yakhyaevna - Advisor of the Director on Improving the Efficiency of Spiritual and Educational Work and Compliance with the Legislation on the State Language, Agency for the Development of the Pharmaceutical Industry, Ph.D., Associate Professor, Excellent Healthcare Worker.